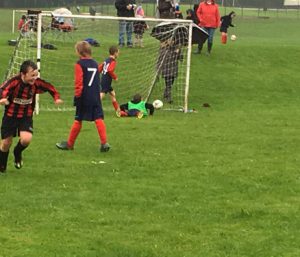 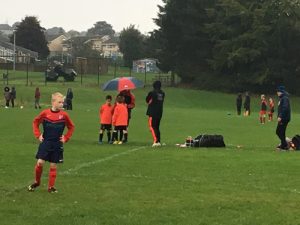 A few photos of a rainy morning with Reds and Whites teams playing away at Rastrick.

Two close and competitive matches with some lovely football being played, players showing off what they have learnt from training and lots of signs of improvement from last weeks match performances. Shooting practice top of the training list though!

Blacks had a tricky away game in difficult conditions against a strong Shelf side. Some spirited performances in particular from PoM Alex. A game to learn from but also to quickly move on from. Training and another game next sunday to look forward to.

Training continues this coming Tuesday with a break for the school hols on 26th October.

All 3 teams away to Skelmanthorpe next weekend followed by home games v’s Kirkburton, and two Greetland teams on 30th October.

The cup/trophy draw has now been drawn and we have been fortunate to have 3 home games. These will be played the weekend of 13th November.